RUBiS Eastern Caribbean is a major player in the business of fuel distribution across the Eastern Caribbean islands. Specialising in high-quality petroleum, aviation fuels, liquefied petroleum gas (LPG) and lubricants, the company has eight import storage terminals, a mixed set of commercial and aviation distribution activities, as well as more than 75 retail service stations. Employing over 300 people across the Eastern Caribbean in departments such as shipping, supply and trading, aviation, finance, sales, marketing, operations and information technology, the company’s headquarters is based in Barbados.

When the company’s archaic Enterprise Resource Planning (ERP) system was approaching its ‘end of life’, it was time for a modern, reliable ERP to replace it. While a minor upgrade was implemented at that time it was felt that the system required too many costly add-ons and still fell short in some areas of efficiency and flexibility. This was not compatible with the speedy growth of the company and the associated complexities of managing the many operations throughout the various locations across the region. An integrated business database with more system capabilities was needed to completely support the fuel distribution within the Eastern Caribbean, along with tools to handle important business functions such as finance (including banking integration), complex sales orders processing and pricing, approval workflows, automated document distribution, voyage management, duty and customs calculations.

The arrival of a new senior management executive with experience of Microsoft Dynamics NAV started an investigation into ERPs. Within a few months, the decision was made to go with Dynamics NAV (now Dynamics 365 Business Central) in partnership with a US company, as they were keen to have a partner in the region. Unfortunately, difficulties arose with that partnership, leading RUBiS Eastern Caribbean (REC) to cast its net wider for a new partner. Hearing about TNP's successful implementation of Dynamics NAV for RUBiS Channel Islands in Jersey, introductions were made, and a new partnership was formed.

With such an old system in place, everything had to be started from scratch when it came time for TNP and RUBiS Eastern Caribbean to implement the new Dynamics NAV system. Putting all 13 companies onto the same database was going to take time. Work began systematically on the first company in Barbados, which became the test company. The main focus was on finance, sales order processing and pricing.

"The first system went live, following a rigorous Day in the Life"

The first system went live following a rigorous Day in the Life process by TNP. This is our unique method based on a forensic approach of asking questions and really listening to our customers’ requirements so we can deliver a solution tailored specifically to each individual customer. Having such an antiquated system meant it was not possible to test it in parallel to the new Dynamics NAV platform prior to going live, so after rollover, it went straight to ‘go live’. There were a few small hiccups as expected with a new system, but overall the ‘go live’ went well. With Barbados as the blueprint for implementation, work was started a few months afterwards on the St Lucia and St Vincent implementation, and thereafter systematically on a monthly basis: Guyana; Antigua, Dominica and Grenada; and finally, RUBiS Eastern Caribbean. The roll out being achieved in under 6 months, with the remaining smaller and less-complex companies being completed soon after.

"Each country had its own peculiarities which had to be addressed"

With all of the above implementations, in the marketing and selling of petroleum, diesel and aviation fuels, and where those operations take place, such as gas stations and airport terminals, the structure was pretty much the same in each company. This made it so much easier to roll them all out, however each country had its own peculiarities which had to be addressed, such as products being duty-free in one country but not in another, and special billing requests of some key customers.

"…wanted to better manage the tracking of the ships during voyages"

When it came to REC, the head office and shipping, supply and trading company based in Barbados, setting up the structure was much more complex as this office charters ships to carry fuel to particular locations, deals with the refinery, handles port charges and many other multifaceted tasks. Also, they wanted to better manage the tracking of the ships during voyages. With a looming deadline for all 13 companies to be live with Dynamics NAV, TNP sent more of our highly-experienced senior developers/consultants to Barbados, to work alongside our Project Manager (who had been working onsite prior to the original implementation) and RUBiS Eastern Caribbean’s project team, headed by Project Manager and Finance Manager, Rudy Smith. "It was pretty intense, but everyone was trained up and the companies were all live in under a year," says Rudy. "With a rollout almost every month, the in-house staff project team was very involved and became well-versed in the internal workings of the Dynamics NAV platform over that time, which has been very helpful".

While the old system had benefits, such as being ‘very sturdy’, it was archaic and had many issues. With Dynamics NAV, Rudy says the network system has had a few challenges but the overall responsiveness of the system, and the flexibility it allows, makes it easier to use. "Plus, the network system is the direction the world is moving in. Overall we are very happy with Dynamics NAV".

During and post-implementation of the Dynamics NAV system, small projects have been carried out by TNP. There has been some tweaking made to the system to further improve processes and some of our own Microsoft-certified nHanced 365 modules (developed in-house to extend the usability and versatility of Dynamics NAV and Dynamics 365 Business Central) have been delivered. These nHanced modules include: nOra (an automated AI user, used to process workflow and paperwork automatically); nHanced Panels & Tiles; nHanced Quick Reports & Views; nHanced Workflow; and third-party add-on Jet Reports.

How Dynamics NAV and nHanced Modules have dramatically improved processes

These implementations have dramatically improved processes and how things are done overall within RUBiS Eastern Caribbean. Here are just a few of the many improvements:

In terms of working with highly-experienced Dynamics NAV and Dynamics 365 Business Central specialists, who genuinely care about their customers and are prepared ‘to go the extra mile’ to ensure all work is done to the highest standard, RUBiS Eastern Caribbean chose TNP, based in the UK. Although there are 4,000 miles separating customer and partner, in this era of global communications and international travel, so many things are possible. For instance, a team including senior developers, consultants, trainers and a project manager have worked onsite in Barbados as and when required over the past two years and will continue to do so into the foreseeable future. Also, our Customer Services Department operates on extended office hours, and has an excellent reputation for getting to calls quickly and dealing with any queries or issues competently. It has to be said, the four to five-hour time difference has occasionally been a challenge, causing slight delays, but now that Rudy and his team at RUBiS Eastern Caribbean are trained and have so much knowledge of their own systems, they can usually fix it within the hour. In the case of urgent help being required from Customer Services outside of hours, a consultant from TNP can always be contacted.

"At the end of the day, we ask a lot of TNP, as we’re dealing with 13 different companies and our requests may relate to all those companies or just one specific company," says RUBiS Eastern Caribbean’s Finance Manager, Rudy Smith, who coordinates all the Dynamics NAV changes and manages the project from their side. "I recommend TNP. They are very reliable; all of our interactions are very good, and our communication works very well despite the time difference. Their Project Manager is really on top of things and is the glue which keeps the whole project together". At any point in time, RUBiS Eastern Caribbean has a project going on with us, and a support ticket is open, ensuring the door is open so actions can be taken as soon as possible, keeping our customer satisfied.

Rudy says TNP is the right company to manage this particular project. "They work with us to find out what needs to be done and what our expectations are, and they take the negative and always turn it into a positive. Making the decision to move from our US provider and switch to TNP was a pivotal move for us, as we believe it’s optimised a lot for our company. The consultant who came here to put the pieces together again was an excellent choice. As a developer, she had all the necessary expertise for the Dynamics NAV system, as well as experience in a finance background. She understood what was needed and was the right person for the job. If we hadn’t made that decision, we would have found ourselves in a very big hole...we made the right decision choosing TNP and would make that choice all over again".

RUBiS Eastern Caribbean is continuing to expand its existing version of Dynamics NAV in partnership with TNP. Exciting projects are ongoing as the company continues to reap the many benefits of having a modern and reliable centralised system with all the latest that technology has to offer. Since implementing Dynamics NAV for RUBiS Eastern Caribbean and RUBiS Channel Islands in Jersey, TNP has successfully rolled-out Dynamics NAV for RUBiS Middle East Supply DMCC in Dubai. We feel honoured that these international partnerships and projects all came about from word-of-mouth referrals from our valued customers, and it highlights our excellent reputation as a Microsoft Dynamics NAV and Dynamics 365 Business Central partner.

If you would like to have a chat with one of our consultants, please feel free to contact us. 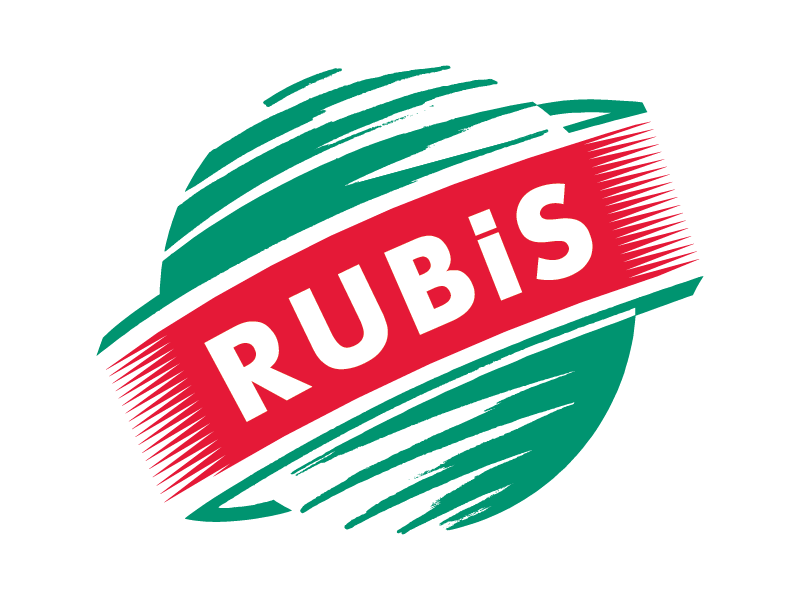 To have an agile platform with advanced functionality and scalability to support the automation and digitisation of business processes, integrating the parent company with 13 individual companies across the Eastern Caribbean 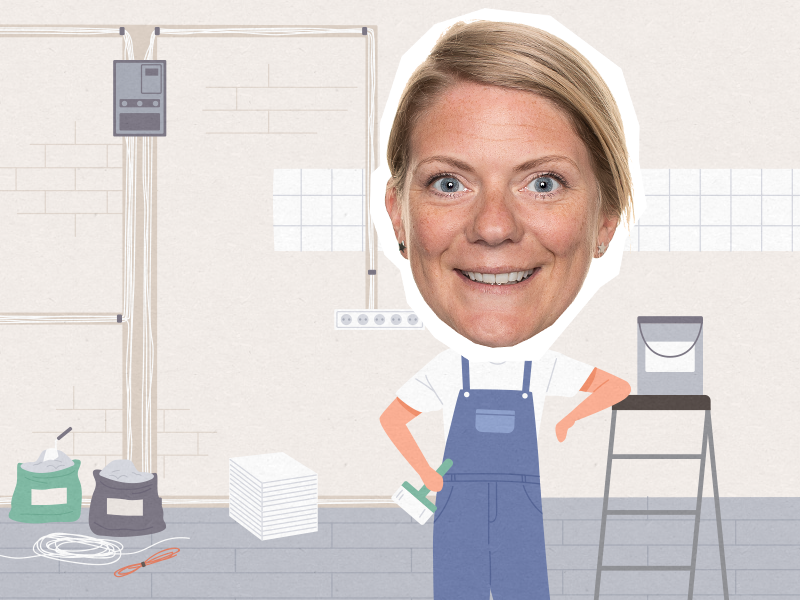 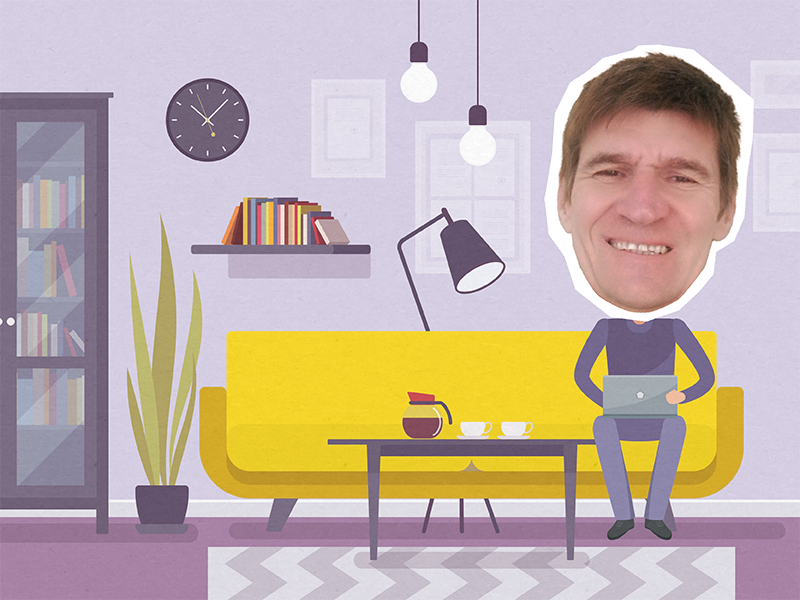 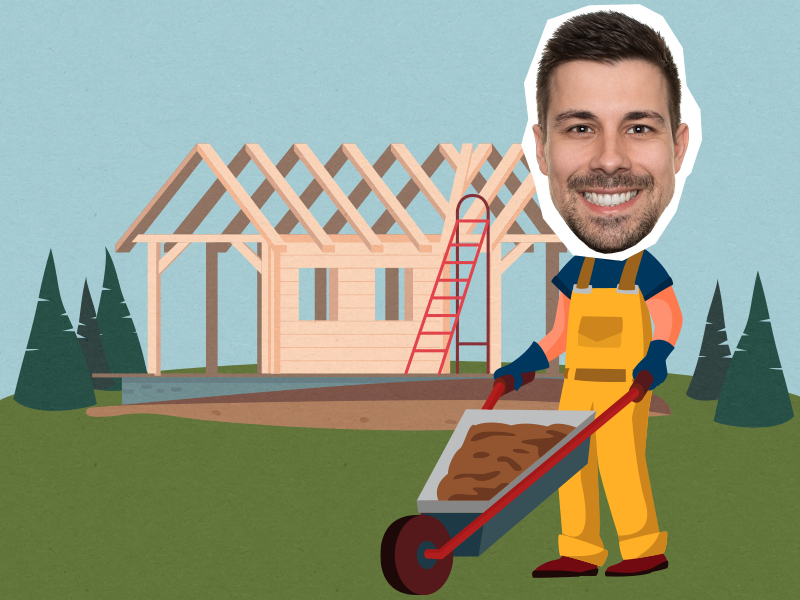 Selco identified TNP as a new partner, who were capable of supporting both the old existing Dynamics NAV solution and providing strategic direction and architectural advice.